The (super) compressor rediscovered and re-invented

A water-resistant watch with two crowns is a (super) compressor watch, right? Not quite. In a way, this could be true for vintage watches, but in fact, not always. And for today, this is even more doubtful, as nearly all double crown & internal bezel watches just use traditional sealing technology and only look like the watches from the past.

Our Ultradive and OPS watches are equipped with two crowns. And then some, because the true (super) compressor or bayonet compressor technology goes deeper than the naked eye can see. So, let’s dive in!

The technology behind the super compressor was introduced in the 1950s. At that time, it was not easy to design and build a water-resistant watch, especially for mass production. The sealing materials were not yet as reliable as today, and some materials we use nowadays were not even invented or developed to sufficient quality standards.

So, watch brands had to be very inventive to achieve water-resistance. A company that was ahead of its time, was Ervin Piquerez SA, also known as the abbreviation EPSA to watch connoisseurs. The designers and engineers of the company, which was at some point in time the largest manufacturer of watch cases in the world and worked for all the big watch brands, had several groundbreaking ideas during the 1950s and addressed the problem of achieving water tightness in many clever ways.

Up till the early 1950s, sealing materials were usually not of the quality and characteristics that were needed to withstand rising water pressure. In many cases, the materials would deform and make the sealing pressure fade over time, resulting in leakages. The technicians from EPSA had a brilliant idea how to solve this problem: 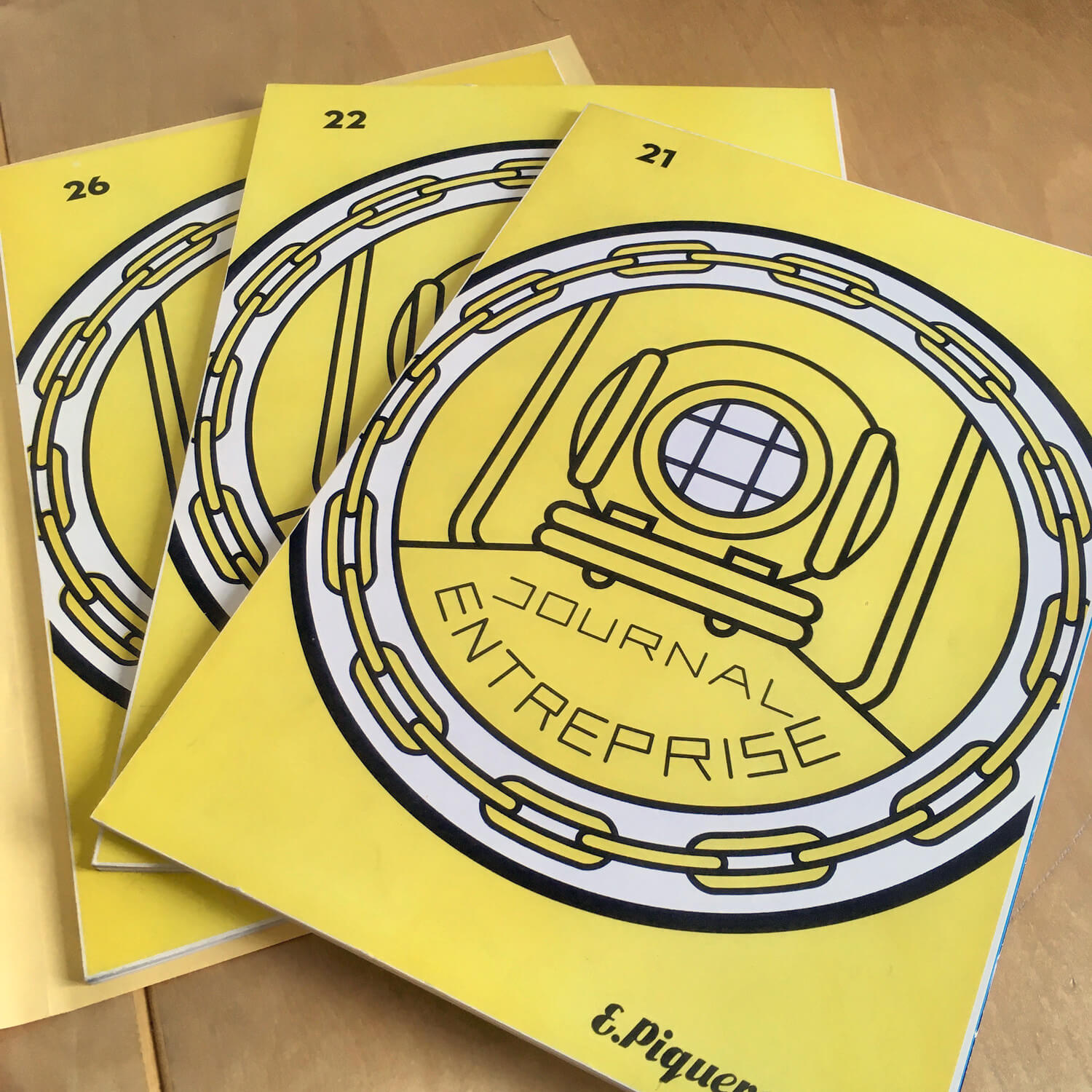 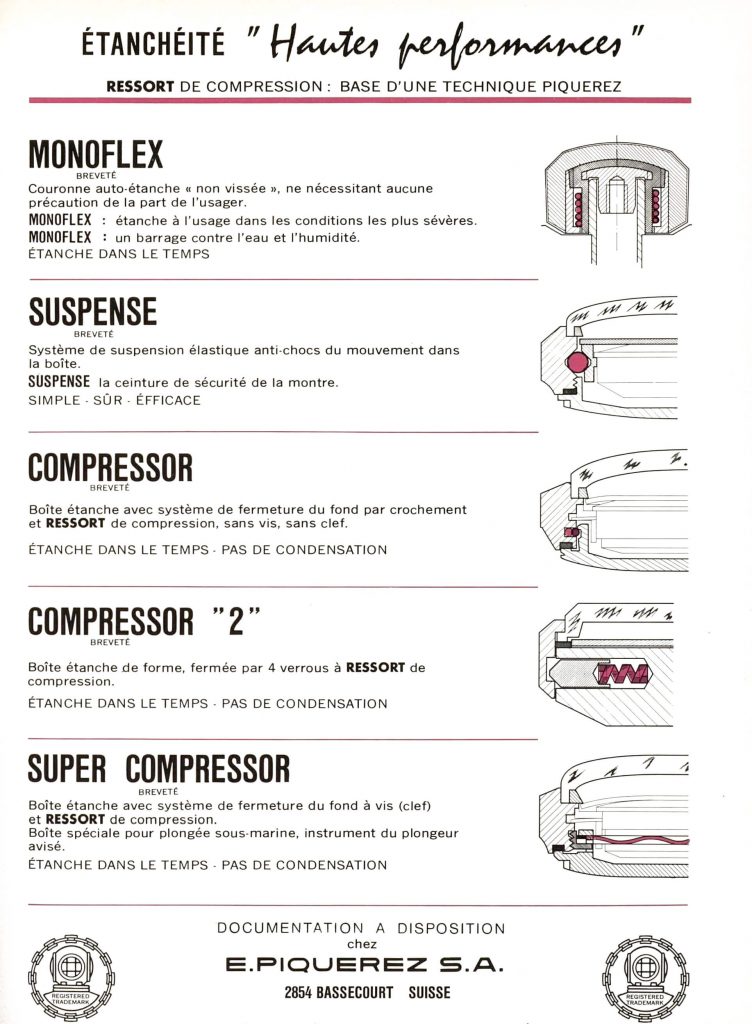 they invented a case back technology, called ‘compressor’, which would put the sealing under slight pressure in everyday use, resulting in water resistance under normal circumstances and during snorkeling / shallow diving. When diving lower, the rising water pressure further compressed the case back into the case, resulting in a tighter fit.

This avoided high pressure on the sealing over longer periods of time and meant that the sealing materials would last much longer.

To come up with an idea like that – to use the force that you want to keep out of the watch to increase the sealing pressure and to make the watch more watertight – is the kind of engineering genuineness that still fascinates today. It has a certain Aikido philosophy to it: use the opponent’s force or attack against himself.

Based on this basic engineering principle, EPSA developed several versions of this design: 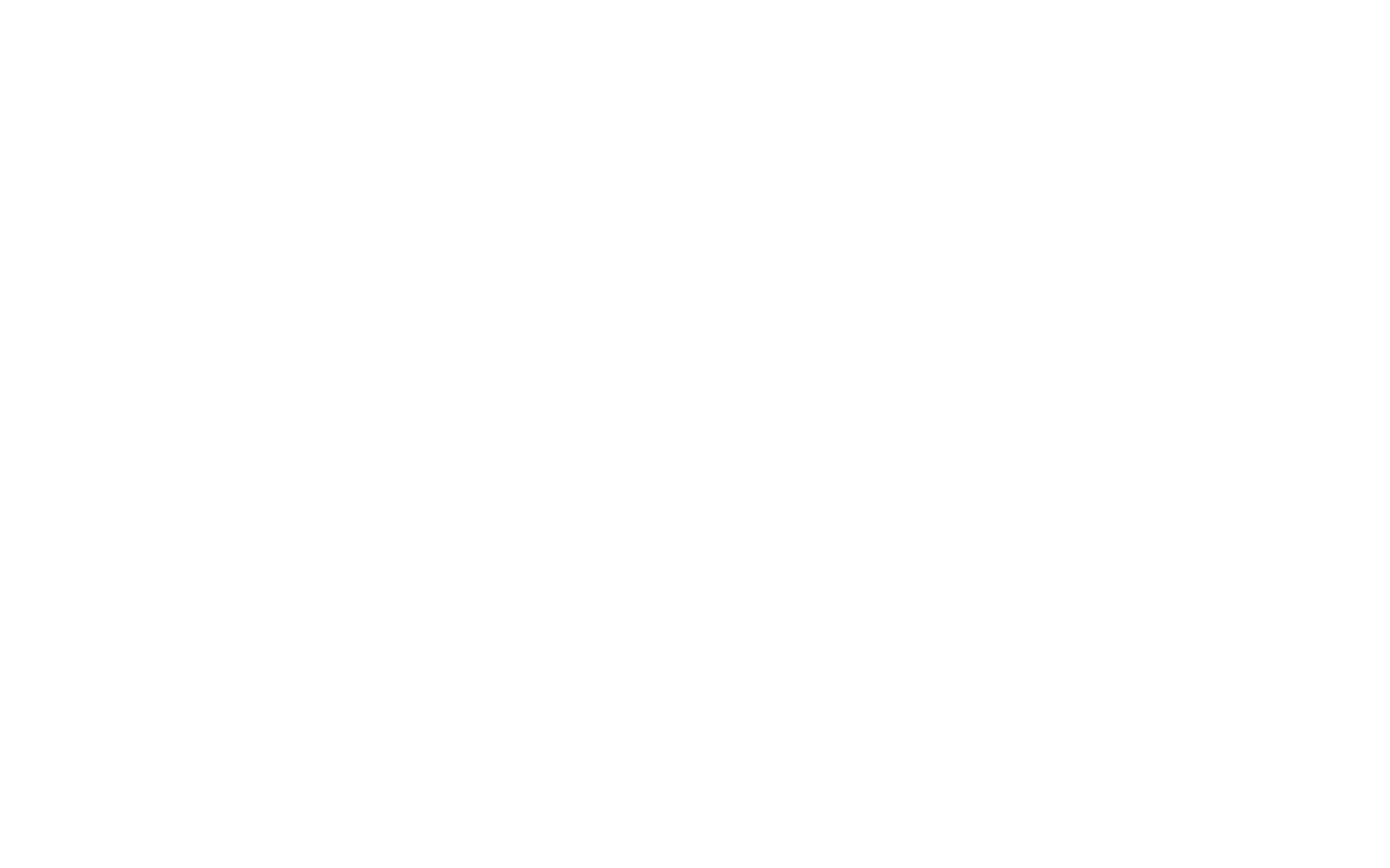 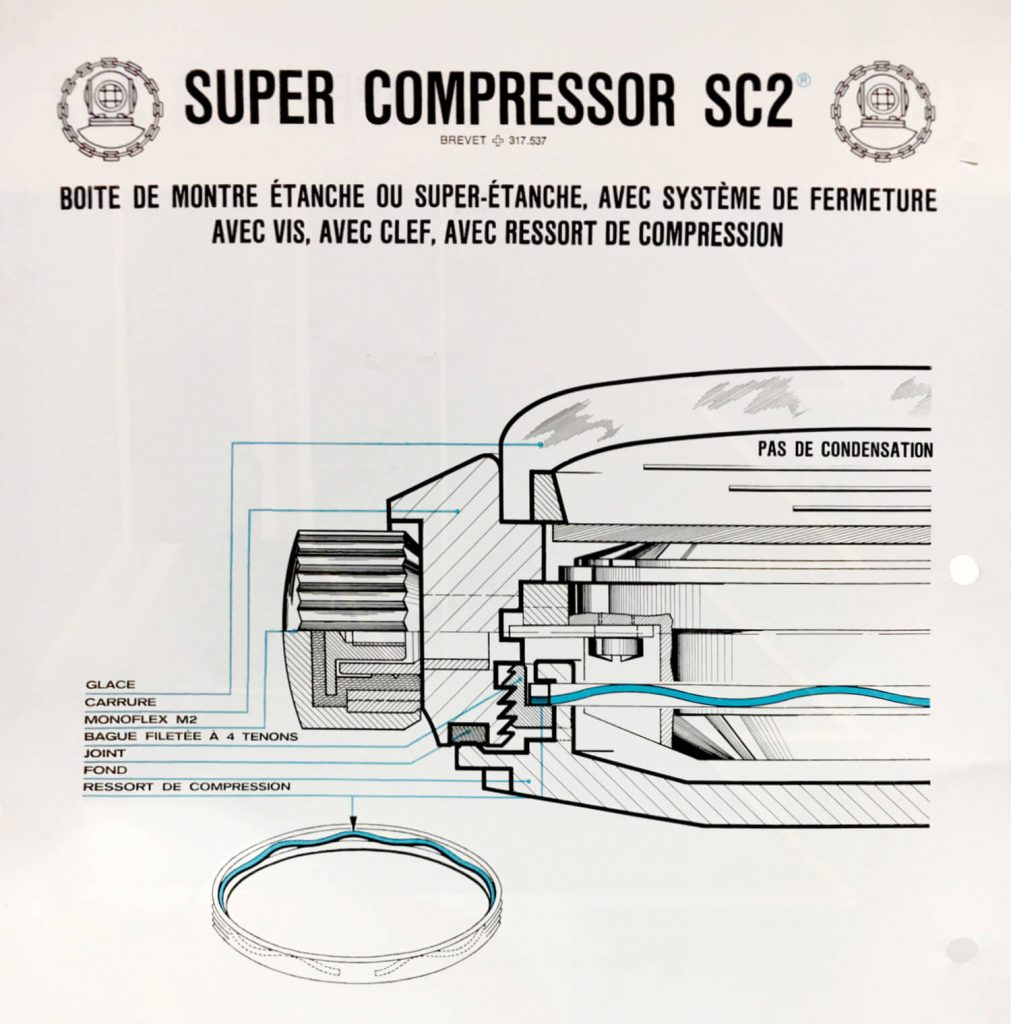 And finally, the most famous and probably most complicated of these systems, the ‘super compressor’, which combined a screw-in case back design with the compressor feature – also allowing compression of the case back to happen.

The complete concept EPSA had created in the middle of the 1950s was ‘GRAND FONDS’, and it included all technologies mentioned here: compressor case back, compressor crowns, internal turning bezel and specially designed plexiglass crystals, usually with metal ring reinforcements. However, this name was never recognized by the consumer market. GRAND FONDS was usually named ‘super compressor’, at least during the last few years. Yes, it’s confusing.

As we are bringing back the most legendary models of the old Sherpa series of watches from the 1960s, we decided to update the ‘EPSA-STOP’ or ‘bayonet compressor’ system. It is improved by using modern sealing materials and higher precision manufacturing, as well as a new design. This allows to only introduce the case back in one orientation and guarantees a perfectly aligned EPSA logo (the iconic diver helmet!) on the case back.

This new design tightens the case back to the sealing in a way that everyday actions can be performed easily and safely, while tightening the sealing further when exposing the watch to higher pressure from outside. In other words: the Ultradive and OPS will go as far (or deep) as you dare to go, without succumbing under pressure.

In upcoming articles, I will outline the technology of the MONOFLEX crowns and our use of the internal bezel. 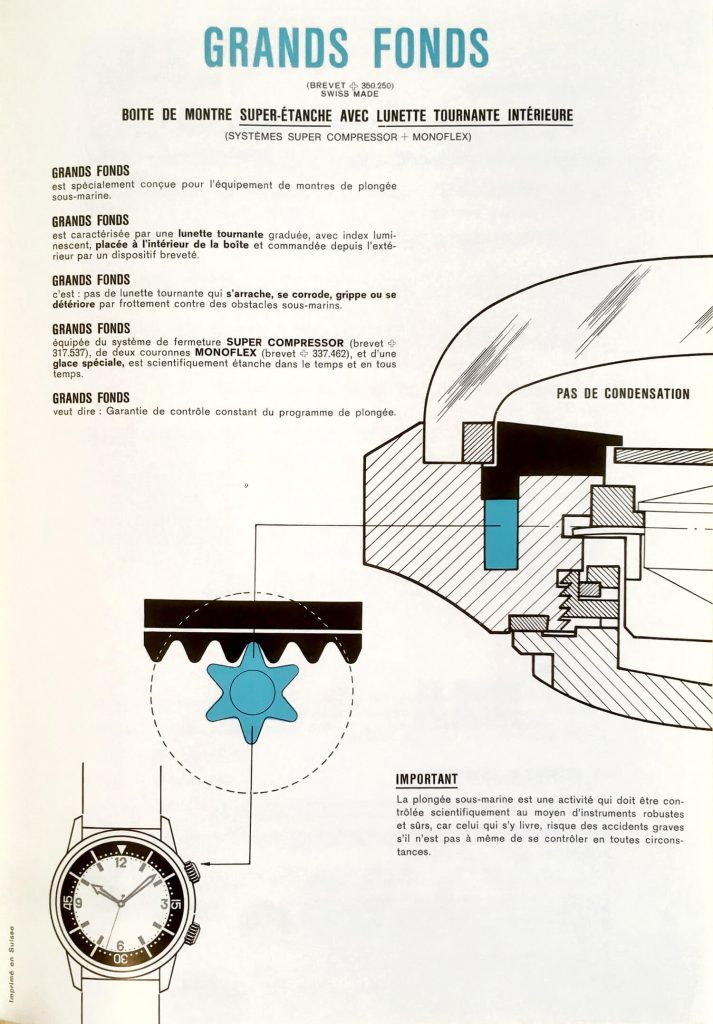 We use cookies on our website to give you the most relevant experience by remembering your preferences and repeat visits. By clicking “Accept All”, you consent to the use of ALL the cookies. However, you may visit "Cookie Settings" to provide a controlled consent.

This website uses cookies to improve your experience while you navigate through the website. Out of these, the cookies that are categorized as necessary are stored on your browser as they are essential for the working of basic functionalities of the website. We also use third-party cookies that help us analyze and understand how you use this website. These cookies will be stored in your browser only with your consent. You also have the option to opt-out of these cookies. But opting out of some of these cookies may affect your browsing experience.
Necessary Always Enabled
Necessary cookies are absolutely essential for the website to function properly. These cookies ensure basic functionalities and security features of the website, anonymously.
Functional
Functional cookies help to perform certain functionalities like sharing the content of the website on social media platforms, collect feedbacks, and other third-party features.
Performance
Performance cookies are used to understand and analyze the key performance indexes of the website which helps in delivering a better user experience for the visitors.
Analytics
Analytical cookies are used to understand how visitors interact with the website. These cookies help provide information on metrics the number of visitors, bounce rate, traffic source, etc.
Advertisement
Advertisement cookies are used to provide visitors with relevant ads and marketing campaigns. These cookies track visitors across websites and collect information to provide customized ads.
Others
Other uncategorized cookies are those that are being analyzed and have not been classified into a category as yet.
SAVE & ACCEPT